Moving from Montreal, Canada to Mexico
If you are a canadian looking for a moving company for your move to Mexico from British Columbia

Moreno International, the safest international moving company in Mexico, offers moving services to Mexico from Montreal, Canada with transportation by land air or ocean container from Canada to Mexico

The quality of our moving services from Montreal, Canada and 30 years of experience provide a smoother moving process to Mexico from Montreal giving you more value for your money 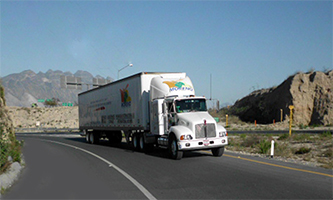 Of interest in Montreal:

To Visit in Montreal

Life and Sports in Montreal

Montreal is the largest city in the Canadian province of Quecec, and the second largest city in Canada. French is the city's official language, although the majority of the population also speaks fluent English.

If you are moving to Montreal

If you like to exercise, Montreal has some open parks to go jogging or biking such as Mount Royal Park, and a number of modern gyms like Powerflex Gym. Sports fans, remember that Montreal is home to the NHL Montreal Canadiens, CFL Montreal Alouettes, and MLS Montreal Impact.

Moving with kids to Montreal

Consider in anticipation which school you want your kids to attend excellent schools in Montreal include: St. George's School of Montreal, The Royal Vale School, McGill University among many, many others.

Best Places to Live in Montreal


Great places to live in the area include for example: Sherbrooke, Ville Saint Pierre, or The Plateau..

Cost of living in Montreal

The cost of living in Montreal is one of its great assets, since it is quite affordable.

Montreal is a dynamic city with an infinite number of opportunities. We are sure this information will result useful, and we are glad to assist you in your future move to Toronto.


** What's it like to live in Montreal in numbers?