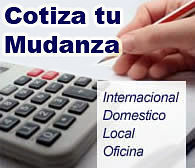 Moreno International has a 5 rating. Based on 136 reviews.


Thay were nice and polite too. They had take care with all my items.
Luis - Houston
See more

Moving from Edmonton, Canada to Mexico

Of interest when moving to Edmonton:

Edmonton is the capital city of the Province of Alberta, Canada, and serves as an important educational, governmental, and cultural center. In 2009, a municipal census showed the city had a population of 782,439. Edmonton has warm summers and cold winters, with the average daily temperatures ranging from 11.7 °C (10.9 °F) in January to 17.5 °C (63.5 °F) in July.

If you are moving to Edmonton

You'll definitely find your favorite food and restaurants in Edmonton. There are great International food places like Pampa Brazilian Steakhouse, The Keg; Mexican food restaurants such as Tres Carnales Taqueria, Acajutla; Italian food places such as Piccolino Bistro, Corso 32; Chinese restaurants like Happy Garden Restaurant, The Lingnan; plus restaurants from all over the world and for every palate.

If you like to exercise, Edmonton has some open parks to go jogging or biking such as Hawrelark Park, and a number of modern gyms like Snap Fitness. Sports fans, remember that Edmonton is home to the NHL Edmonton Oilers.

Moving with kids to Edmonton

Consider in anticipation which school you want your kids to attend excellent schools in Edmonton include: Westbrook School, Grandview School, George P. Nicholson School, University of Alberta among many, many others.

Best Places to Live in Edmonton


Great places to live in the area include for example: Twin Brooks, or Aspen Gardens.

Cost of living in Edmonton

The cost of living in Edmonton is about 30% cheaper than the U.S.

Edmonton is a dynamic city with an infinite number of opportunities. We are sure this information will result useful, and we are glad to assist you in your future move to Edmonton.


** What's it like to live in Edmonton in numbers?

More about this data: